(Motorsport-Total.com) — Fernando Alonso made the Alps larger than they already were in the Monaco Formula One Grand Prix, much to the chagrin of Lewis Hamilton. After the second red flag, the Briton was stuck behind the Spaniard for the entire race, and thus finished eighth.

Alonso himself made no secret of stopping the seven-time world champion by driving slower than usual after a restart as he had to keep his average tyres.

Fernando Alonso stops everyone behind him

According to Alonso, the Alps faced a choice during the pit stop after the Mick Schumacher accident: “There were 33 laps left, so it was more like a sprint. So would we use the solid tires from the start of the race or the medium ones? Then they put the medium tire but their durability was less than 33 rolls”.

“We didn’t know if we could even finish the race with that tyre, so I was able to manage my tires for the first 15 laps,” Alonso said. “We already saw on Friday that grain can be a problem so I wanted to give more attention to the tyres. But then I pressed again when the team told me Esteban had a penalty.”

With his slow lap times, he stopped not only Hamilton, but actually all the drivers behind him, including the Williams drivers. Looking at the driver’s tracker, you can sometimes see how two groups formed after the restart: the leading group from Sergio Perez to Lando Norris and a huge group behind Fernando Alonso.

Did Alonso upgrade his teammate from points?

In doing so, he hurt teammate Esteban Ocon, who was ninth behind Hamilton, but was pushed into 12th by a five-second penalty received by his Briton, due to the low distances. 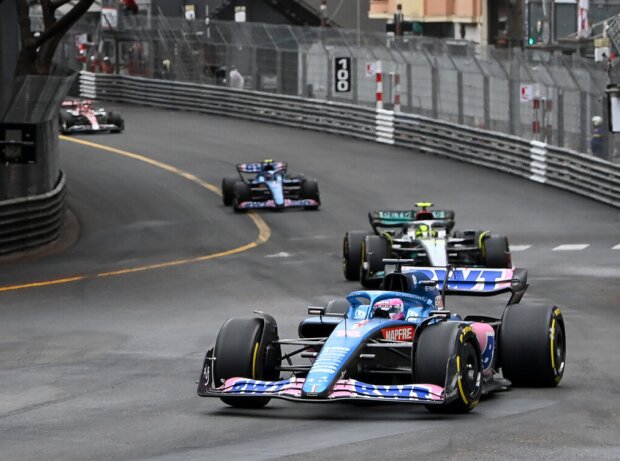 Alonso admits he was “two to three seconds” slower than usual, but doesn’t feel guilty for Ocon’s setback: “When I learned of the penalty kick, I immediately had a six to seven second break on Hamilton Lewis. The tires or I didn’t want to push. anymore, so it was Hamilton’s problem because I was able to pull a big hole myself.”

When asked if he stopped Hamilton to give his teammates a chance to attack the Mercedes driver, Alonso replied: “No, we really just wanted to save the tires because we didn’t think we’d get to the end, it’s Monaco and I like being able to stop people.”

Despite Alonso’s injury: Piastri has no chance

In the end, the alpine driver maxed out with seventh place, although he is still injured after crashing in qualifying in Australia a few weeks ago. “Bone, ligament, tendon, everything is a mess right now,” Alonso explains.

“I still need two or three months and won’t have surgery either. There’s nothing you can do but rest. Unfortunately, I have to drive every two weeks, so I tried to rest at home.” 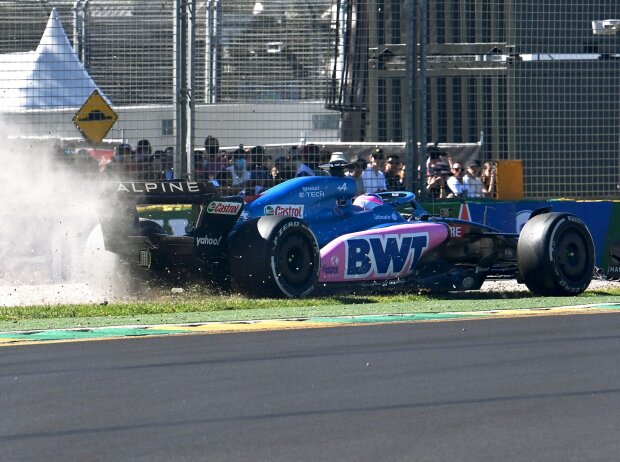 Then he was asked why he hadn’t left his cockpit for reserve pilot and alpine youngster Oscar Piastre, who was scratching his hooves after his Formula 2 title last year.

“Yeah, okay, but we need the points,” Alonso answered again at his best. He also confirmed that “everything is under control” and that the injury had no effect on his driving performance.